Not So Still Life | Gear

There are a few things about any photo gear or tech that are important to me. The first one is that it doesn’t distract me in terms of how fiddly using it is. I just want it to get out of the way. The second one is that it works. Works as in all the time, the same way, with the same results — no surprises.

It’s quite true that what I am aiming at, even when I take portraits, is to get a scandalous picture. I would love to be a paparazzo.Helmut Newton

Anytime I switch gear around or acquire new gear that is substantially different that what I am currently using I invest a substantial amount of time getting to know it intimately. I want to know exactly how it works under every condition. I never want to be guessing or figuring that pedantic stuff in the context of working on something imporant for a client where all of that needs to be covered six ways from Sunday. I’m not the first one out of the gate to gobble up new equipment without careful consideration and especially without any sort of concrete reason. On that note I’ve delayed buying into what I’ll call Profoto’s new tech. 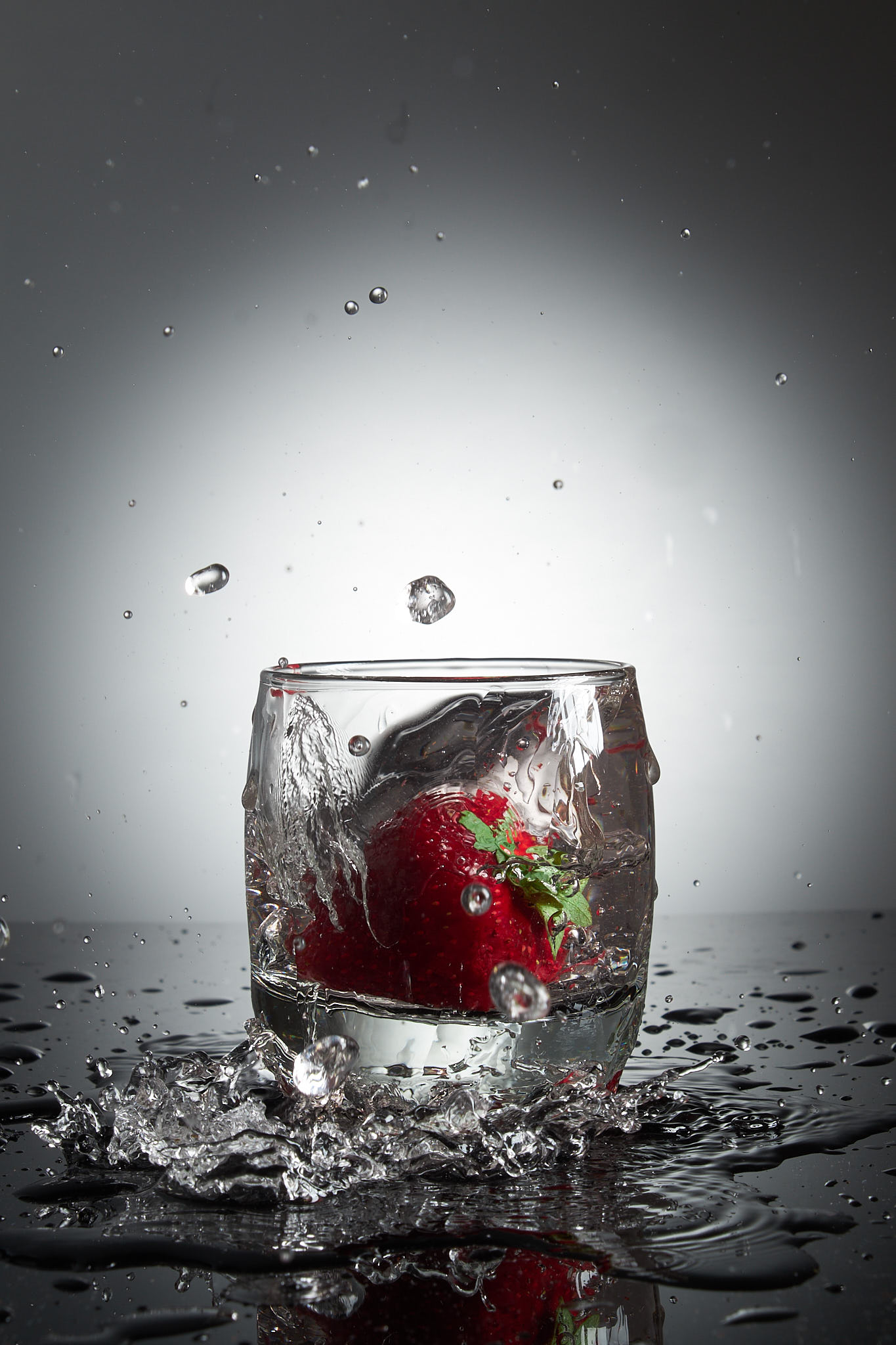 I’ll divide new tech and older tech entirely by the lights designed to work with TTL exposure control and also have extremely short flash durations. Those two things go hand in hand with Profoto’s “new tech” lighting gear. The older lights across the board such as the Pro-7, Acute 2, D1, etc all have the characteristic that they have the shortest duration flash at their highest power settings. The “new tech” lights such as the Pro-10, D2, B1, B2, etc are much more like speedlights in that they go the opposite way. The shortest flash duration is at the lowest power.

Who cares right? Well along with this there was a major shift in color temperature. Specifically the new tech lights are much cooler even in normal mode (meaning not freeze mode or super short duration). The big issue with this in some cases is mixing the newer lights with any of the older lights. In some cases that difference in color is extremely problematic. In other cases not so much. The other prolem is using freeze mode to optimize for the shortest flash duration possible — ostensibly a big reason why you’d want to upgrade in the first place. In normal mode the color consistentcy is very good across the entire 9 stop range as one would expect from Profoto. In freeze mode the color is all over the map depending on the power output level set. I can live with that under the circumstances where I’d be optimizing for extremely short flash durations to freeze motion tack sharp as long as color was consistent flash to flash which I couldn’t really get a handle on this in terms of reviews or documentation.

The photo at the top of the page is not a black and white photo. It’s a color photo in a carefully controled neutral environment as not to have any bounce-back that would influence color. On a calibrated monitor or better yet looking at a precision color analysis it’s completely neutral for any remotely real-world purpose. What’s better is that shot-to-shot results are far more consistent than I expected them to be in freeze mode.

The second photo is a mix of two lights and the introduction of something that’s not neutral in color. One light is a Profoto B2 the second is the Profoto D2. I wanted to test the portable small light along with the studio oriented D2 both in freeze mode. I am happy to say that within similar output levels they are very close to each other. This translates to no huge considerations in mixing the two different lights as long as they are similar in actual output levels in terms of color. Obviously it’s a consideration when using them in freeze mode at wildly different power levels if color balance between the two sources is imporant for the shot. So would mixing any of the newer tech lights at wildly different output power.

The bottom line is that color fluctuations in feeze mode while important to be aware of are not all over the map shot to shot or light to light. I’m impressed with this flexibility, expecially the ability to mix the B1/B2 portable battery powered lights with the mains powered D2 lights without major color considerations with or without freeze mode.