Like many other photographers it’s easy to geek out on gear, especially when you happen to have access to a pile of lights, modifiers of all sorts, grip, clamps, and everything else a studio experience brings to the table in terms of control. Sure there’s occasions where I use a lot of gear to produce effects that are beautiful no matter if it serves the subject or not. Sometimes it does, other times it is actually a distraction — Ooooooh, look how pretty the light is or WOW, look at that.

For more than a couple of years I was obsessed in finding my perfect travel kit. Perfect being defined as versitile, easily carried by myself along with all the other things one carrys when traveling, and having utter reliability without all the fiddly-ness of speedlights. In that effort there were obviously many constraints, the biggest one was that I was limited to one light and simple, collapsible modifiers. In a lot of ways my quest was utilitarian at the core. Something I considered workable and workman like — simple.

It’s quite true that what I am aiming at, even when I take portraits, is to get a scandalous picture. I would love to be a paparazzo.Helmut Newton 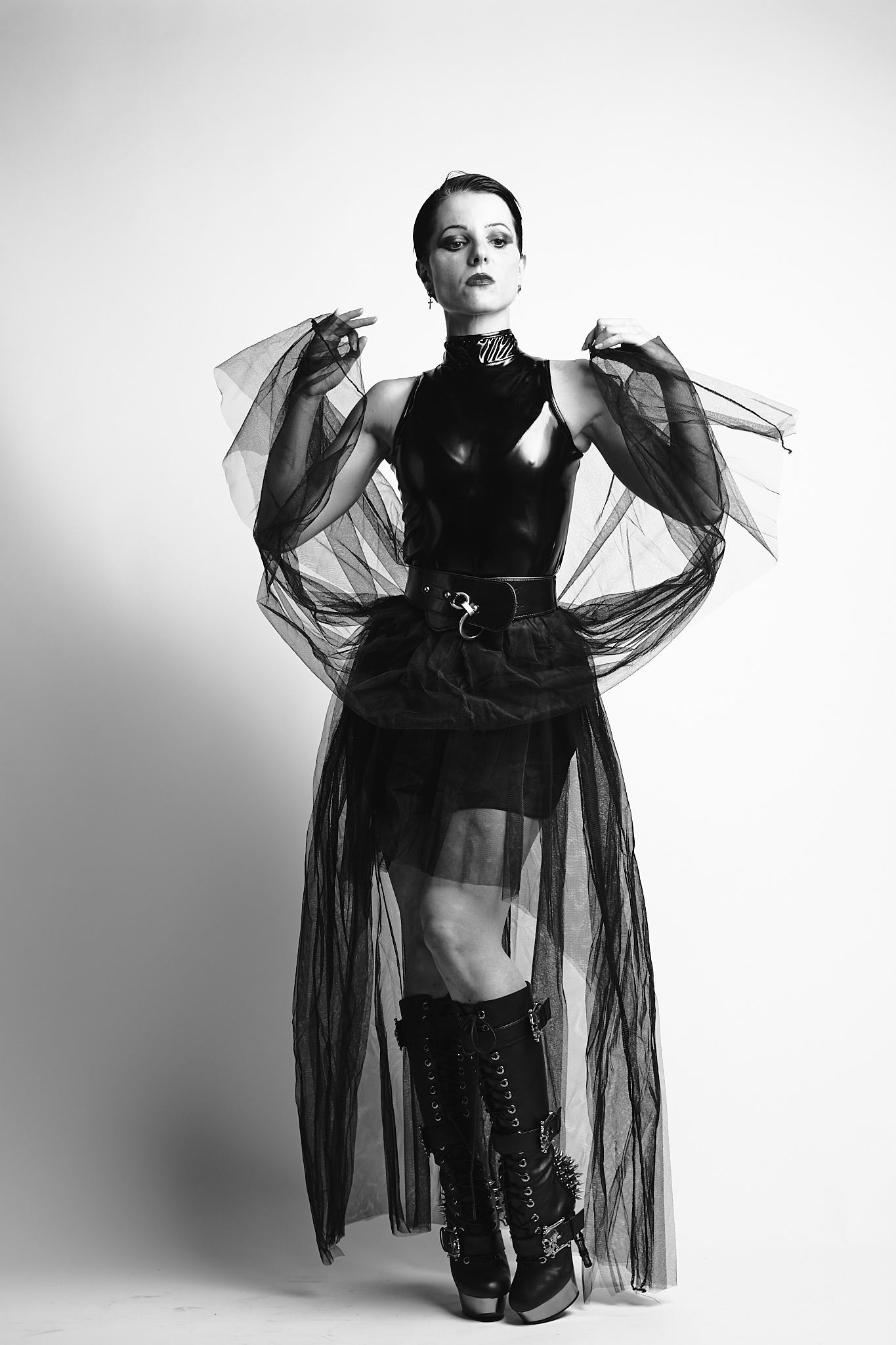 While on various out-of-town train trips, and plane trips, taking a break from more commercial endeavors with that perfect travel kit something else took hold. Something unexpected given my distaste for limitations. I re-developed a taste for the simplicity of one-light setups. There’s a lot to appriciate about the simplicity that constraits bring. When your only choice is simple it is freeing in a way and can actually inform your choices when there are no constraints.

While visiting a collegue’s studio where I had all of his gear and the car load of lighting gear I brought with me I was playing with a somewhat blurred portrait/fashion setup with a friend Jehanne and some wonky budget wardrobe I put together. Surprisingly I opted for one light and one modifier used very simply. 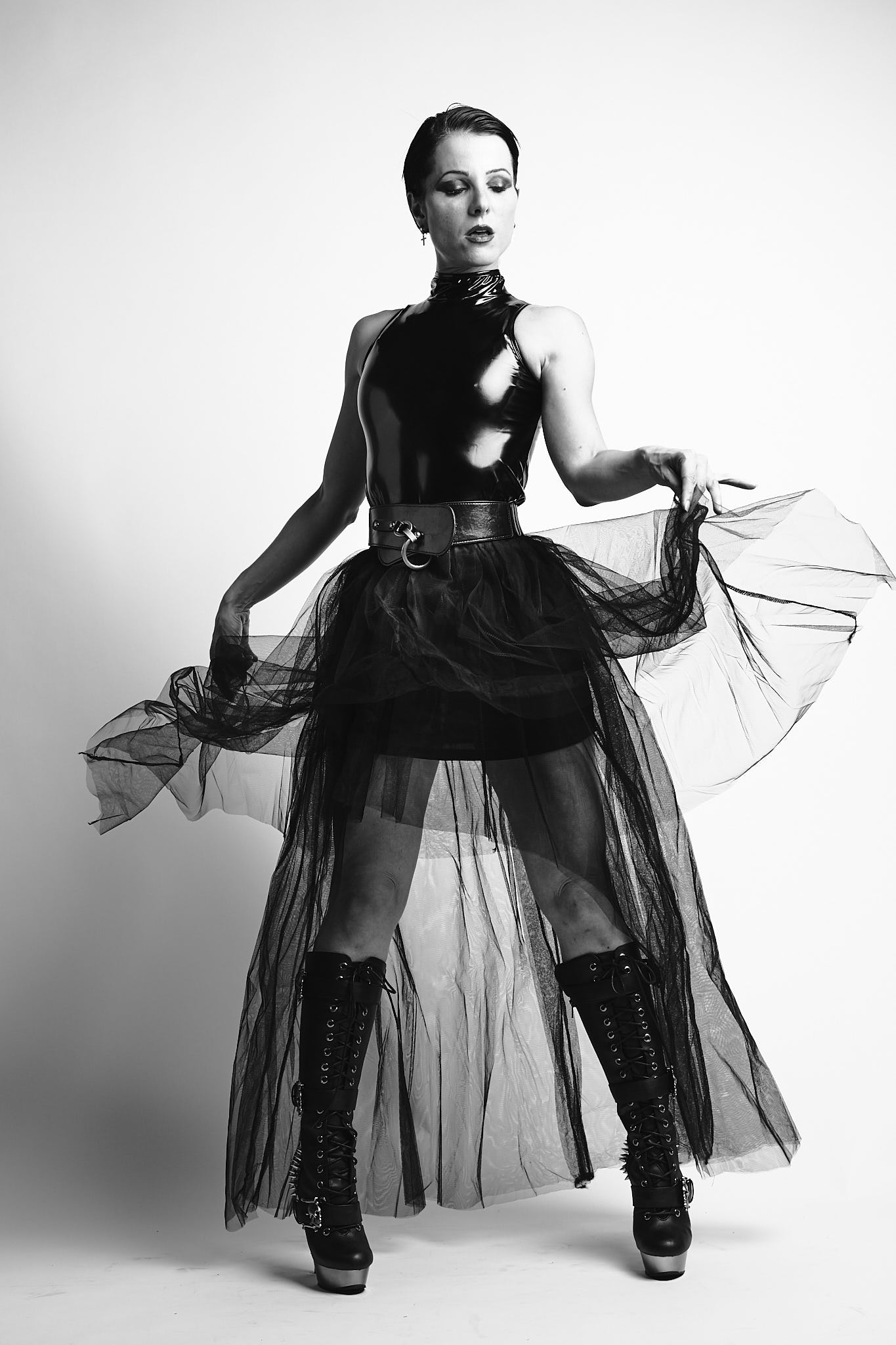 No carefully constructed gradients on the background. No kickers or seperation lights, stripboxes and flags to create the perfect set of highlights on the shiny plastic wardrobe pieces. No carefully calibrated fill ratios to ensure detail in black wardrobe that happend to go ummm, black. I would probably not made this choice if I hadn’t been subjected to one light constraints over the past year perfecting my travel kit.

I’m quite skilled at paying attention to a lot of independent variables that interact visually simultaneously. Probably quite above average but I can say that when those variables are reduced there’s a far better chance you’ll focus attention on other, possibly more imporant things for any given picture. 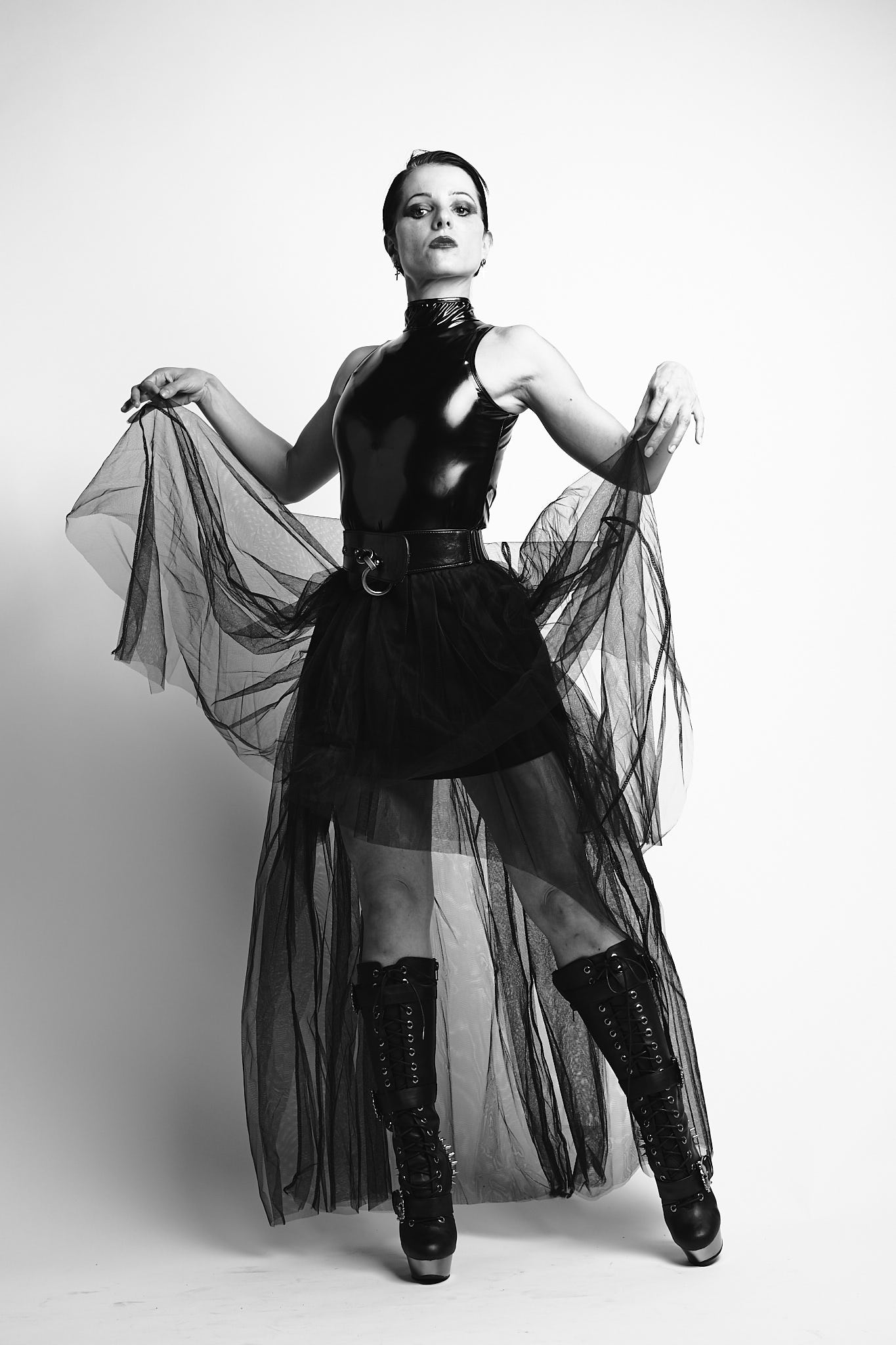 I’ll put it in other words. Constraints can be good, they obviously will push you to find creative solutions you may not otherwise try or be forced to confront. Beyond that and what I am getting at here is that constraints in one dimension will always remove constraints some where else and focusing on that can be refreshing. Even more thinking about constraints not as a negative may help you make more appropriate choices for any given endeavor bit it portrait, fashion editorial, or even product portrayal. Just something to keep in mind.

As an anecdote when I look back a past work where I have a lot more distance and perspective there are surprises. I look at what could be considered lighting or set tests prior to bringing all of the production to bear and think to myself that the “final” shots aren’t as effective. Not in every case but many. 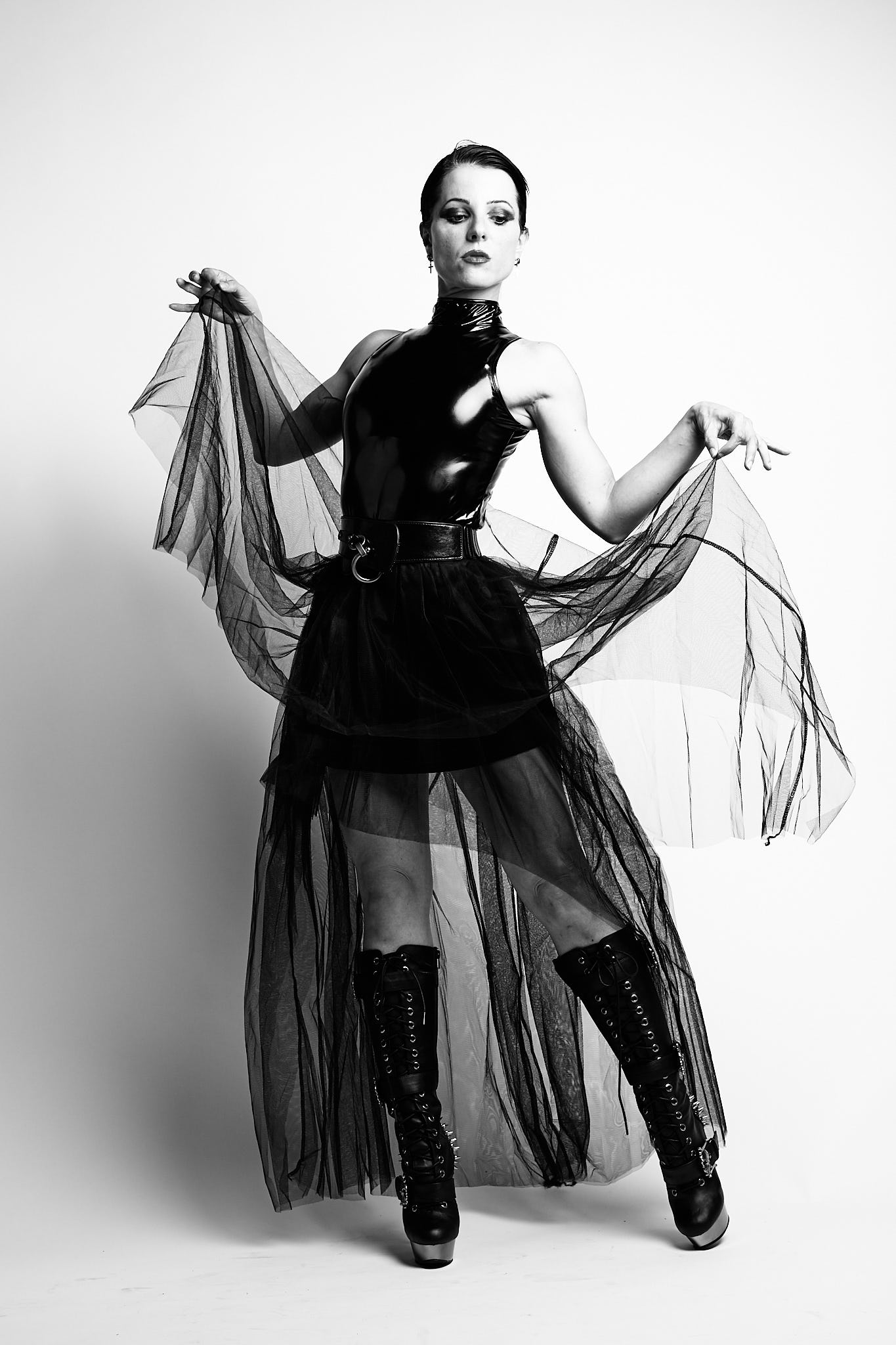 Notes
4ft Profoto RFi Octabank. No retouch, black and white conversion is as close as I can get to Ilford XP2 Super with digital, a favorite of mine with portraits.